My favorite Christmas music of all times 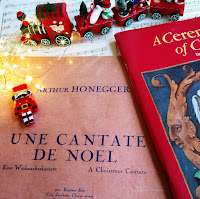 As the popular song remind us every year, Christmas is “the most wonderful time of the year” or at least I think so. Don’t you agree? Everything in this season is full of magic and I never stop to believe in it.

In my family, Christmas has always been related to music in many ways, in fact, the festivities always began for us with a classical music concert and a dinner party in our favorite restaurant. More of my most beloved memories about Christmas are from these magical nights beside my family enjoying beautiful music. In these concerts, I had the chance to discover music by Handel, Haydn, Bach, Honneger… and so many other composers, really good music that made me the composer that I am.
Of course, everybody knows a lot of traditional carols and no so traditional, in different styles and arrangements, and each one has his or her favorite. But in this post, I would like to talk about my favorite Classical Christmas Music.

Maybe one of that most representative Christmas works is “The Messiah” by G. F. Handel. Some of its parts are the most popular classical music of all times and especially for Christmas. But The Messiah is more than “Alleluja” chorus, the music lovers know how many other jewels are hidden in this Oratorio. For me, “The Messiah” it is one of the works included in my essential’s list and I use to listen to it along the year, not only on Christmas time. Of course, other masterpieces are alongside “The Messiah” in the Christmas music throne, maybe the most important is “Christmas Oratorio” by J. S. Bach. Fortunately, this period of the year has inspired many other composers, amazing works that I have discovered over the years.

Maybe, one of the more productive countries about Christmas music is the United Kingdom. Four of the most representative British composers wrote amazing works for different instrumentations that include soloists, choirs and orchestra, in addition to many choir solo pieces and arrangements. Sir Edward Elgar composed “A Christmas greetings” (1907) a short piece for two sopranos (solos or Choir), two violins and piano. It is a lovely song in the purest Elgar’s style, with a really countryside feeling.  Ralph Vaughan Williams composed two pieces for soloist, choir, and orchestra “Fantasy on Christmas carols” (1912) and “Hodie” (1953). Both compositions are enough separated in time to be really different samples of the style evolution of the composer but, both of them has the personal Vaughan Williams seal in common.  The Fantasy, one of my late discoveries thanks to a beautiful concert offered this year by Stretham Choral Society, is a beautiful piece for baritone, choir, and orchestra based in four different traditional carols from Herefordshire and Somerset. Delicate with a delightful modal taste, this piece has stunning highlights with rich textures and a powerful form planning that reflects the joy of this festivities sheer perfection.

But nevertheless, Vaughan Williams was not the only composer to create more than one Christmas works, Benjamin Britten composed “A Boy Was Born” (op.3) and “A ceremony of carols” (op.28).  “A boy was Born” is a marvelous Choral variations for mixed choir and children choir with organ accompaniment. The choral work is based in poems of Ancient English Christmas Carols, and the famous poem “In the Bleak mid-winter” by Cristina Rossetti. The first part presents the theme in a simple homorhythmic texture, but along seven variations Britten uses more complex textures in the re-elaboration of the theme until the last variation (Noel!) when the choir is divided into 9 parts for an amazing explosive ending. A more delicate work is “A ceremony of carols” composed in 1942 for two sopranos, alto, children choir and Harp. Britten uses here texts from different periods with music strongly inspired on Gregorian chant but, of course with an elaborate development that includes imitative counterpoint through the piece in the most interesting Britten Style.
“Christmas Day (Choral Fantasy on Old Carols)” by Gustav Holst, it is a beautiful piece. full of joy, it is another good example of the use of traditional Christmas carols (“Good Christian Men”, “Rejoice”, “God Rest ye Merry Gentlemen” and “Come, ye lofty” and “The First Nowell”), and how to bring them to a new whole level thanks to the interesting use of these melodies in a polyphonic texture combining few of them at the same time. Delightful!

In France, three composers dedicated their works to Christmas time. Camille Saint-Saëns wrote, “Oratorio de Noël” in 1858. Olivier Messiaen composed in 1935 “La Nativité du Seigneur”, a nine movements amazing work for organ. This work is a sincere proclamation of the deep Christian faith of Messiaen that shows his personal and rich language in its first state.

The other French work is, I must to confess, one of my favorites due to its personality, deepness and cleverness. “Une Cantate de Noël” by Arthur Honneger composed in 1953 and written for Tenor, choir, Children Choir, Organ and Orchestra. It is a rare piece that requires an extra effort from the listener in its first part. The serious, deep, and a bit dark character of the beginning is something that nobody expects at all in a piece like this, but gradually the composer leaves that character for bringing music full of light and hope. The rich texture is one of the merits of this cantata in which different carol melodies emerge mixed with intricate polyphonies. Honneger uses texts in Latin and French form the liturgy and three German Carol melodies (“Est ist ein Reis entsprungen”, “vom himmel hoch ihr Englelein”, and “Stille Nacht”), joining in that way the two cultural backgrounds of the composer: German and French. One of the highlights of the Une Cantate de Noël is how Honegger achieve to combine the “Silent Night” distributed in different sections of the choir with a rich counterpoint using the other traditional melodies. Every time that I listen to that, I am surprised how clever and thrilling the Honegger’s idea is. I challenge you to listen to that wonderful masterpiece, I am convinced that you will fall in love with this cantata as I did.

For the piano lovers, like myself, and maybe for whom prefer more intimate music, I recently found three different styles compositions that can make your festivities more Christmassy, if it is possible.  One of these is “Weihnachts” (Christmas Tree) by Franz Liszt, a suite for piano (or piano four hands) with 12 pieces, technically not so difficult that includes an interesting adaptation of ”Adeste fideles”. Another suite for piano is “Fêtes de Noël” op.41 by Sergei Lyapunov, beautiful work full of color based on Russian folk music, rich in harmonies and really refined. The last composition I am going to talk about is a recent work: “Christmas fantasy” by the Russian composer Alexander Rosenblatt that uses popular carol melodies with a language with jazz influences.
With all this amazing music proposals nobody has an excuse for not enjoying great classical Christmas music.

Best wishes to all.


Music of all times 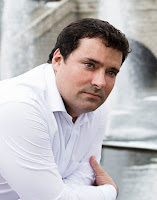